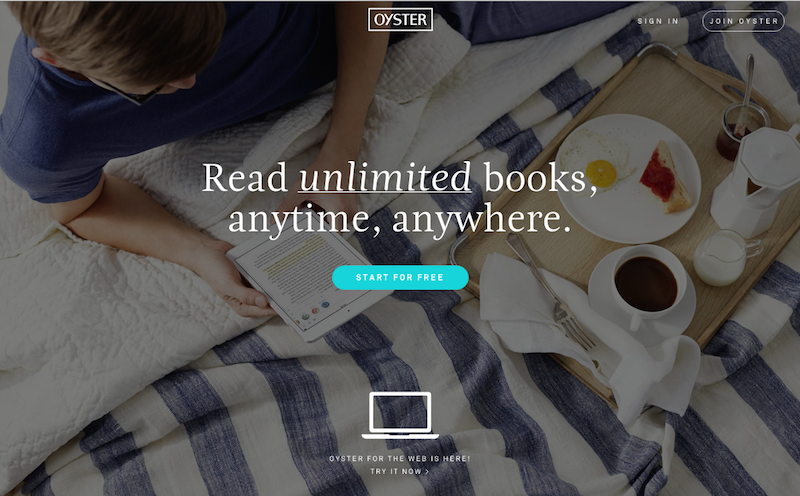 I came up with an idea to make a spoof/parody of the recently launched Oyster, a company that purports to be the “Netflix of books,” allowing rentable access to digital books. This hit a sore spot among the librarians I know (and as a former librarian, I know many), because one of the biggest struggles in the field is increasing awareness in the capabilities of the modern library. Most libraries HAVE eBook access, plenty of it, and a lot of materials can be accessed through a library’s website without even having to go into the library. I think a service like Oyster has a lot of value, but I wanted to remind people that they can utilize the free resources available nearby. 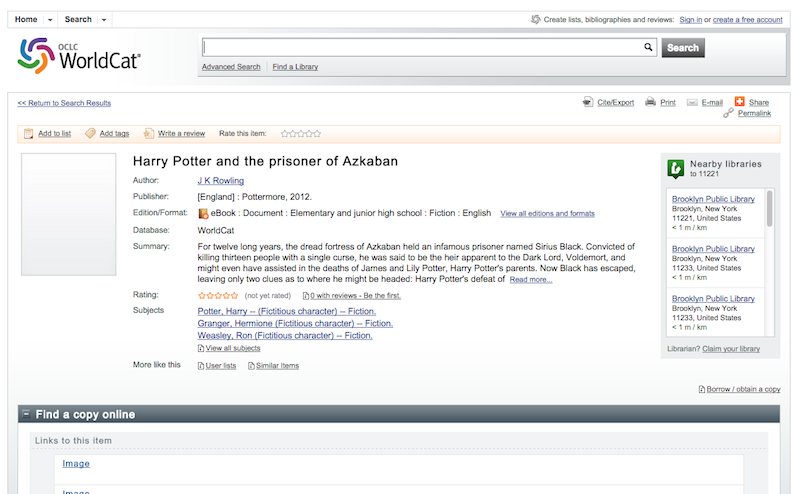 So, I basically just made a splash page for WorldCat. WorldCat is a collective catalog used by over 72,000 libraries. Searching a book on WorldCat, a user can add their zip code and find the closest location of that resource, so she could know exactly where to go to pick it up. If I look up Harry Potter and request the eBook format, I can see that its available at several libraries near me, one of which is the Brooklyn Public Library. Assuming the user has a library card, she can just log in and get the book onto her preferred digital book reader in very little time. WorldCat is great, but its underused (just like our local libraries). It’s also kinda ugly, so why not make it hip to modern internet eyes? 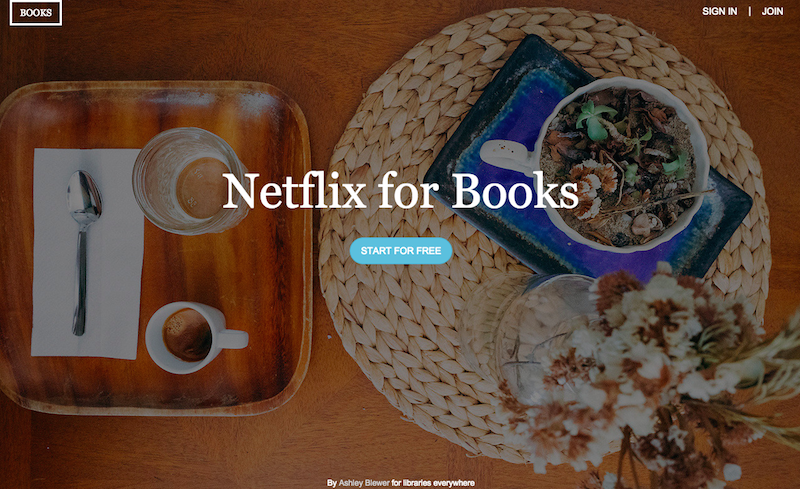 I really wanted to integrate the WorldCat API into this project, but unfortunately the API is not open and available to the public. This isn’t the time or place to ramble on about the benefits of open source and open access to databases and applications, but I would have been able to put a lot more time and effort into making a more beautiful and friendlier front-end for the face of public libraries. Alas, alas.