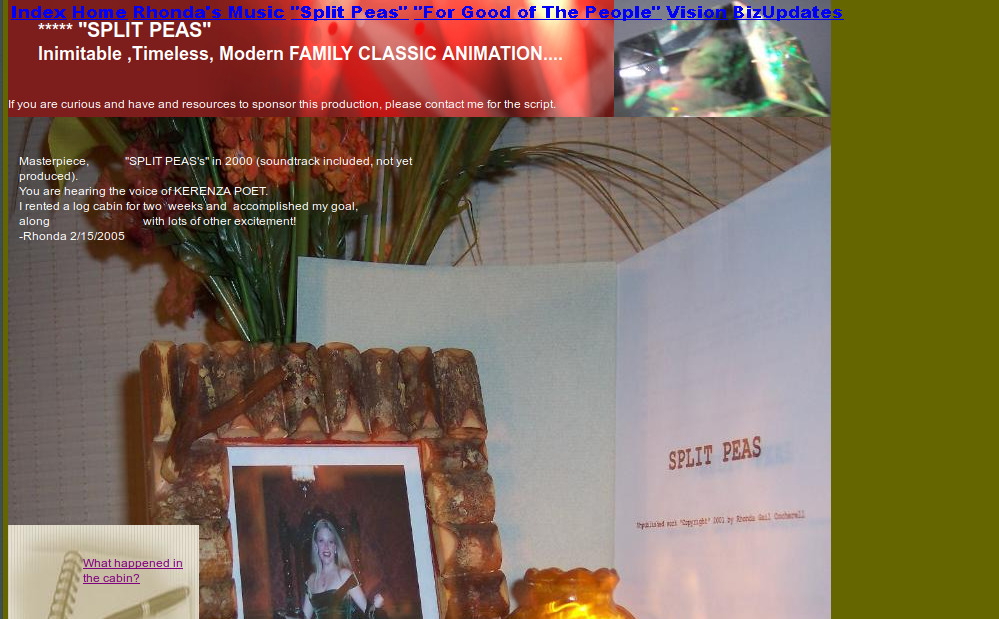 Sometime between the time of me writing and this and me posting this, I will be presenting with my colleague Travis L. Wagner at the Bastard Film Encounter, a film symposium rejoicing in media that is “ill-conceived or received; embarrassing or beyond the bounds of acceptability; poor in conception or execution; undesirable to those who should be caring for them; proof of something that should have never happened.”

The symposium is primarily based around a love of film and of archiving, but Travis and I are exploring the preservation of the near-present, which is dissipating more rapidly than the mostly-stable medium of film. Not to mention there is much more content (and #content). We are presenting on a website with some embedded media in it.

Here’s a modified version of the presentation description written by us (90% mostly Travis):

“Rhonda (with a heart) is an enigma of sorts. Her music CDs circulated around college radio stations in the mid-2000s, including gems such as “Country Breast,” “FairyTale Lost,” and “Secret Anxiety.” Rhonda’s music might be best described as having a post-structuralist country diva twang. The origins of Rhonda’s musical career are vague, and what little knowledge exists resides on her webpage, of which she purports to have built herself. Describing herself as a “freelance creative artist” Rhonda’s webpage is filled with broken links, half-formed statements about her creative process, and a homepage that requires you to release Rhonda from her chastity belt before entering. Mixed in with this are a handful of her music videos for some of the aforementioned songs. These files are buried beneath broken Adobe plug-ins and defunct MySpace video files, which means reformulating Rhonda’s video ouvre proves quite challenging. Yet doing so also opens up a small window into who Rhonda was, what she imagined her music to be, and as of 2016 where Rhonda is now.”

This blog post, then, is going to act as an informal case study of a “homemade” y2k-era website and what a light archaelogy of the video elements can tell us about preserving that which is partially gone and niche knowledge that has been partially forgotten. I’m not going to dive into a lot of really interesting and important aspects of this – this is like a whole field of research – but leaning on the history of video playback on the web and the many different video formats that are found on the site, as that is the purpose of our presentation: trying to dig these video elements out of the aging website. But despite this blog post already being pretty lengthy, I won’t even dive deeply into that.

If you’re interested in personally preserving this site or stepping along with my investigation, you can run this command to download (relatively) everything on the site and do your own exploration: wget --no-parent -r http://www.rhondarealeases.com/media

As with a lot of websites, some of the content has been captured and lives on archive.org – you can see what was captured and when here. This can give us some context into approximately when the site was active.

The site was made with Yahoo SiteBuilder, which can be confirmed through looking at the source code and in a WHOIS search for the domain name. The registrar is TUCOWS, INC. (IANA ID 69, nice) and the reseller is “Yahoo Small Business,” which I suppose is still, somehow, in business or at least maintaining business.

Here’s a positive description of the service:

“Yahoo! Site Builder is a free website building application that makes it easy to build sites and incorporate e-commerce tools into them. People who have zero programming experience can build sites within minutes using this tool.” source

And here’s a not-so-positive description:

“Yahoo SiteBuilder is a woefully outdated offline fossil of a website builder, though its continued existence long past the point of irrelevancy makes it acutely representative of the terminal malaise of its erstwhile corporate parent.” source

Okay! Enough about the site itself, let’s get into the video content. 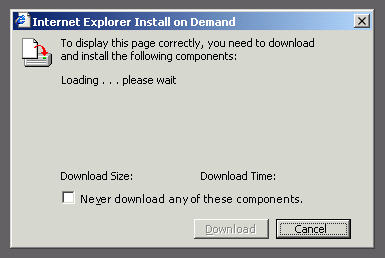 Most of the videos are meant to be played in the browser. Videos do not play, at least not on modern browsers. Some pages have auto-play audio.

The video on this page entitled Cabin, for example, says “No video with supported format and MIME type found.” but (like both videos found on this page) are embedded on the page and link to pluginspage="http://www.apple.com/quicktime/download". The web was a more unruly time at the turn of the century, and I think that’s apparently through the bits of the embedded objects code that read classid="clsid:02BF25D5-8C17-4B23-BC80-D3488ABDDC6B" codebase="http://www.apple.com/qtactivex/qtplugin.cab". My guess is that when someone clicked “Play” on the video, it would call out to Apple to download a quicktime plugin, unpack it, run it in the browser, and that would allow the video to play. A theory I have is that these files would then be streamed for the rest of the content, via a proprietary playback plug-in, so loading the first small bit of the video was all that was necessary until the rest could buffer and be streamed.

The video cabin_scene.mov is found 3 times in 4 different places in the web structure but they are exactly the same file (this includes copy_of_cabin_scene.mov). Running md5sum on all of them, the checksums match. I think it’s likely that Rhonda was uploading the file in different folders until one of them worked with the code she had put on the webpage using the WYSIWYG editor.

In total, there are 16 unique videos. This includes a video entitled Windows_Movie_Maker_Sample_File.wmv and it is exactly what it says it is (and it is a nightmare in and of itself) and doesn’t count as original content. So, 15 videos total.

But the WMV file living on the website for no particular reason gives us a hint, Rhonda might have been using Windows Movie Maker to edit her videos, if they were edited and didn’t come straight from the camera (like 3 of the MOV files). This also would mean she is working from a Windows computer. Windows Movie Maker came installed starting on Windows ME (personal note: my most hated operating system of all time) and subsequent Windows Vista. It was discontinued just last year. This isn’t revealed in any of the technical metadata within the videos, though, and there’s some indication that Apple’s Quicktime was involved instead of Windows Media Maker, but still a use of Apple Quicktime by way of Microsoft products. Yahoo! Sitebuilder was also a product available probably-exclusively on Windows.

And out of all of these videos, none are compatible with modern web playback (natively, with the <video> tag). This tag wasn’t even around when this site was being built (it was being developed around the time, in the late 2000s), so that’s not surprising. Video on the web underwent some really massive transitions in the past decade, especially when this site was active.

Just because ten out of fifteen of the videos are MOV at a glance (via file extension), it doesn’t mean they are all the same. Here’s a breakdown (statistics derived using MediaInfo):

Something is up with My_House_Got_Egged.mov. It uses the same codecs as the others but claims to have a MPEG-4 container. Mediainfo notes a Format profile of Quicktime. This denotes that Quicktime (the software library) was used to do the encoding here. It’s interesting that this one is different from the above videos, but it could be that this one was edited while the other were just cut clips.

I am thinking these videos were moved straight from the above digital camera, renamed, and embedded into the site using the sitebuilder’s drag-and-drop feature. h263 is a codec optimized for compression over quality, good for files in transit. ADPCM is short for “Adaptive differential pulse-code modulation.”

There is an additional .mov, Intercepted_Kiss.mov, and it doesn’t hold any decipherable data. Dramatic! I didn’t spend a lot of time on this, but a hexdump shows that most of the rows of data are just empty, and there’s a tiny bit of data at the end of the file. This data doesn’t seem to include any magic numbers or something else that would make it decipherable as another filetype.

Next, there are three files wrapped in Microsoft’s AVI container, and their codecs are all consistent with each other.

The Indeo codec was developed for “real-time video playback on desktop CPUs” in the 1990s. This seems like it was rolled into QuickTime 3 for Windows, another clue as to the source environment with which these videos were created and the site was developed.

And there is one MPG.

This MPG file is super small (<2MB) and playback is a still frame and very small clip of audio, and then no other playback. The estimated duration (as understood by MediaInfo) is a little under 1.5seconds. FFprobe indicates the duration should be 10 seconds.

Getting all the files together is one thing, and playing them back is another. Through VLC, some of them play back fine, some play partially, and some have a sort of studder. A few have less than half a second of frames (audio and video) before going completely blank, but the total duration is there, probably because the duration is stored in the header.

To understand what is going on with files that VLC is clever enough to patch and keep playing, attempting to transcode them to another format helped quickly reveal errors.

Doing this without creating an output file is possible: ffmpeg -v error -i your-video.mov -f null -

The following files (eight out of the fifteen!) are broken/partial and give error messages (six different errors!):

What a wealth of errors! It’d be fun to dig into each and every one of these and explain what the problem is, but this blog post is already getting a little bit long.

The conclusion is inconclusive. This is a light investigation. There’s an interesting tangled web of media codecs fully in play in the y2k era – not enough for me to unpack without spending a lot of time researching each one and how they related to each other. I was an active internet user frequently frustated by video formats during this era (I whine about this in this conference talk – “if there was ever a codec war, I’m sure it took place around me during this time”), but I wasn’t savvy to the actual encoding processes. But BLESS VLC (and support them) for absolutely changing the game in playback support in the 2000s (I used VLC as well as FFplay to test playing back these videos in 2019). Maybe an in-depth project to take on in the future?

When this site was presented to me, the assumption was that the videos were just not available at all anymore. They don’t play back in the browser, and ability to download them isn’t straightforward. But with some light digging, they can be retrieved and played back, even if some of the data is only partially available. I managed to grab almost fifteen minutes of video, although when trimmed for repeats and partially-corrupted files, it comes to just under 9 minutes. 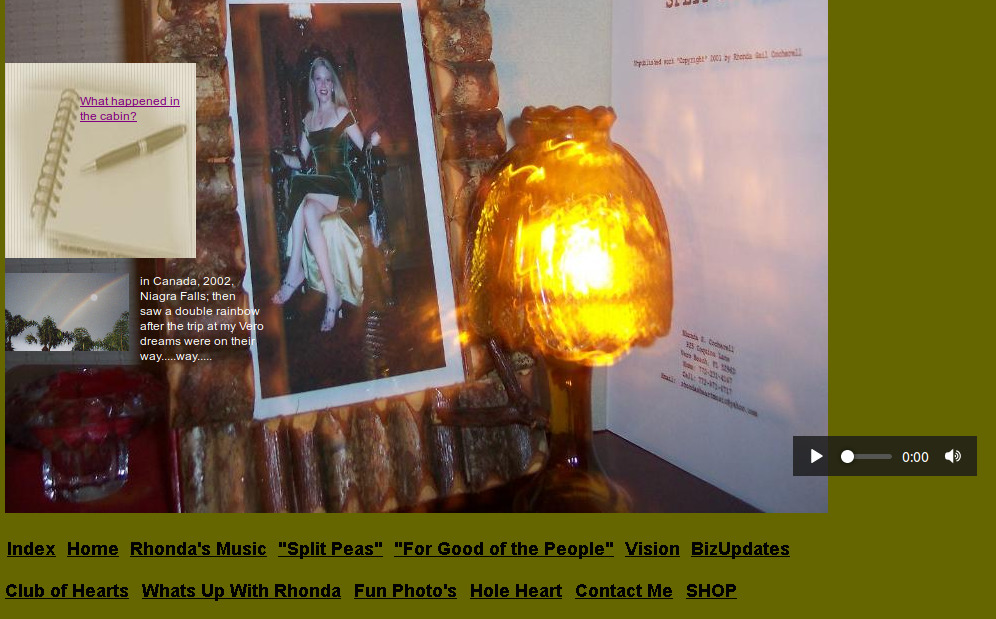 As always, please direct advice and corrections to the Issues page or to me directly!